Abstract
Genomic instability is a hallmark feature of cancer cells, and can be caused by defective DNA repair, for instance due to inactivation of BRCA2. Paradoxically, loss of Brca2 in mice results in embryonic lethality, whereas cancer cells can tolerate BRCA2 loss. This holds true for multiple DNA repair genes, and suggests that cancer cells are molecularly “rewired” to cope with defective DNA repair and the resulting high levels of genomic instability. In this study, we aim to identify genes that genomically unstable cancer cells rely on for their survival. Using functional genomic mRNA (FGmRNA) profiling, 16,172 cancer samples were previously ranked based on their degree of genomic instability. We analyzed the top 250 genes that showed a positive correlation between FGmRNA levels and the degree of genomic instability, in a co-functionality network. Within this co-functionality network, a strong cluster of 11 cell cycle-related genes was identified, including TPX2. We then assessed the dependency on these 11 genes in the context of survival of genomically unstable cancer cells, induced by BRCA2 inactivation. Depletion of TPX2 or its associated kinase Aurora-A preferentially reduced cell viability in a panel of BRCA2-deficient cancer cells. In line with these findings, BRCA2-depleted and BRCA2-mutant human cell lines, or tumor cell lines derived from Brca2-/-;p53-/- mice showed increased sensitivity to the Aurora-A kinase inhibitor alisertib, with delayed mitotic progression and frequent mitotic failure. Our findings reveal that BRCA2-deficient cancer cells show enhanced sensitivity to inactivation of TPX2 or its partner Aurora-A, which points at an actionable dependency of genomically unstable cancers. 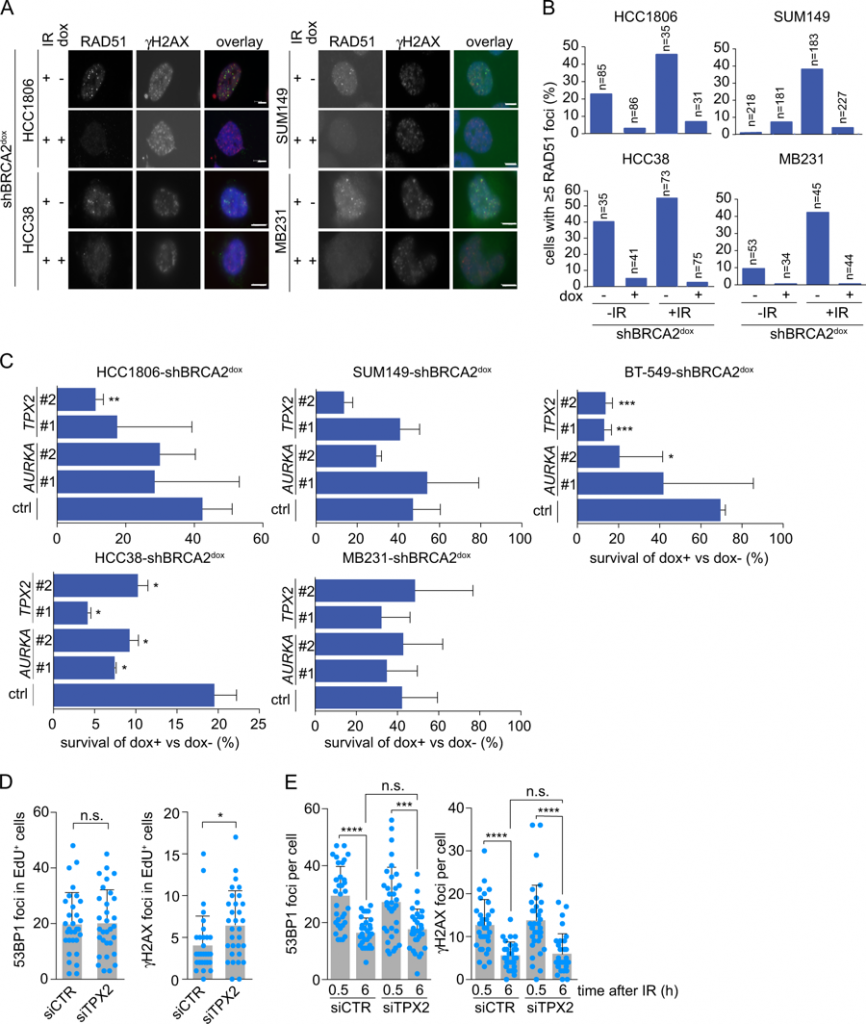